Warmer than usual temperatures have resulted in an earlier melt-off in the high country.  And while that is generally not a good development, it does mean that the trails used to access the high country in the Flat Tops Wilderness Area are now largely accessible.   This past week when a friend and I hiked from Trappers Lake to Wall Lake, we encountered only a few patches of snow.  We also encountered meadows with early summer flowers and a landscape that was majestic, beautiful, and remarkably still–except for the sounds of birds and the croaking of frogs.  A few days later, we did a day hike up the Lost Solar trail from the South Fork Campground.  Again, we hiked through some beautiful country, including a gorge area with the white waters of the South Fork of the White River rushing through.  If you are seeking to get away from it all–all of civilization, that is–you would be hard pressed to find an area as beautiful as the Flat Tops.   It is accessible for either a day hike or a week-long adventure.  Maybe it’s time to put on your hiking shoes? 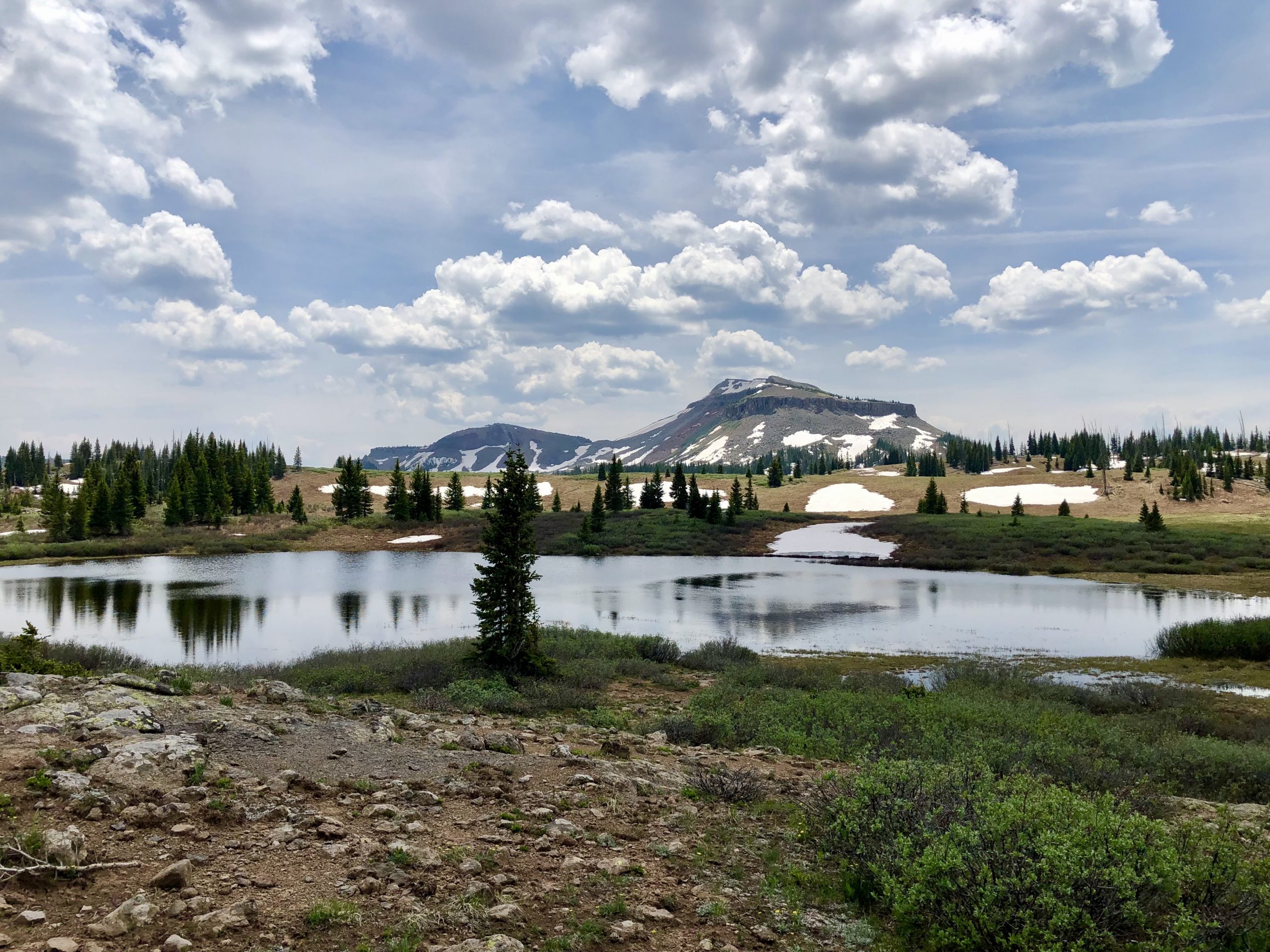 This site uses Akismet to reduce spam. Learn how your comment data is processed.

How to Find Us

Answering the Call of the Wild